Jayne loves introducing the piano to students. Those who have little or no exposure to the instrument and the music find her presentation makes it very accessible. Her presentations have also inspired those who have studied music to look at it in a different way, and perhaps pursue it more seriously. For everyone, the experience is both entertaining and instructive.

Some comments from students:

“Not only is she an outstanding performer, but Jayne is also a very down-to-earth person. She was so nice and casual in front of our class. This shows she has a good head on her shoulders. She played a broad range of pieces and explained them to us as she went so it didn’t feel like we were listening to a different language.”

“While she spoke about the pieces she played you could tell how much passion she had for playing the piano, and the respect she had for the composers.”

“Jayne involved us in every step of her performance, which I thought was very cool. I did not feel like I was being talked at, but talked to instead.”

“My favorite was Chopin’s Polonaise. I liked it because the rhythm and tempo of the song was all over the place and it really sounded great to me. Also, her story about the man who was trying to make a joke about mayonnaise was pretty comical.” 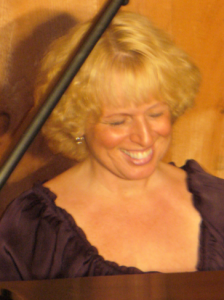